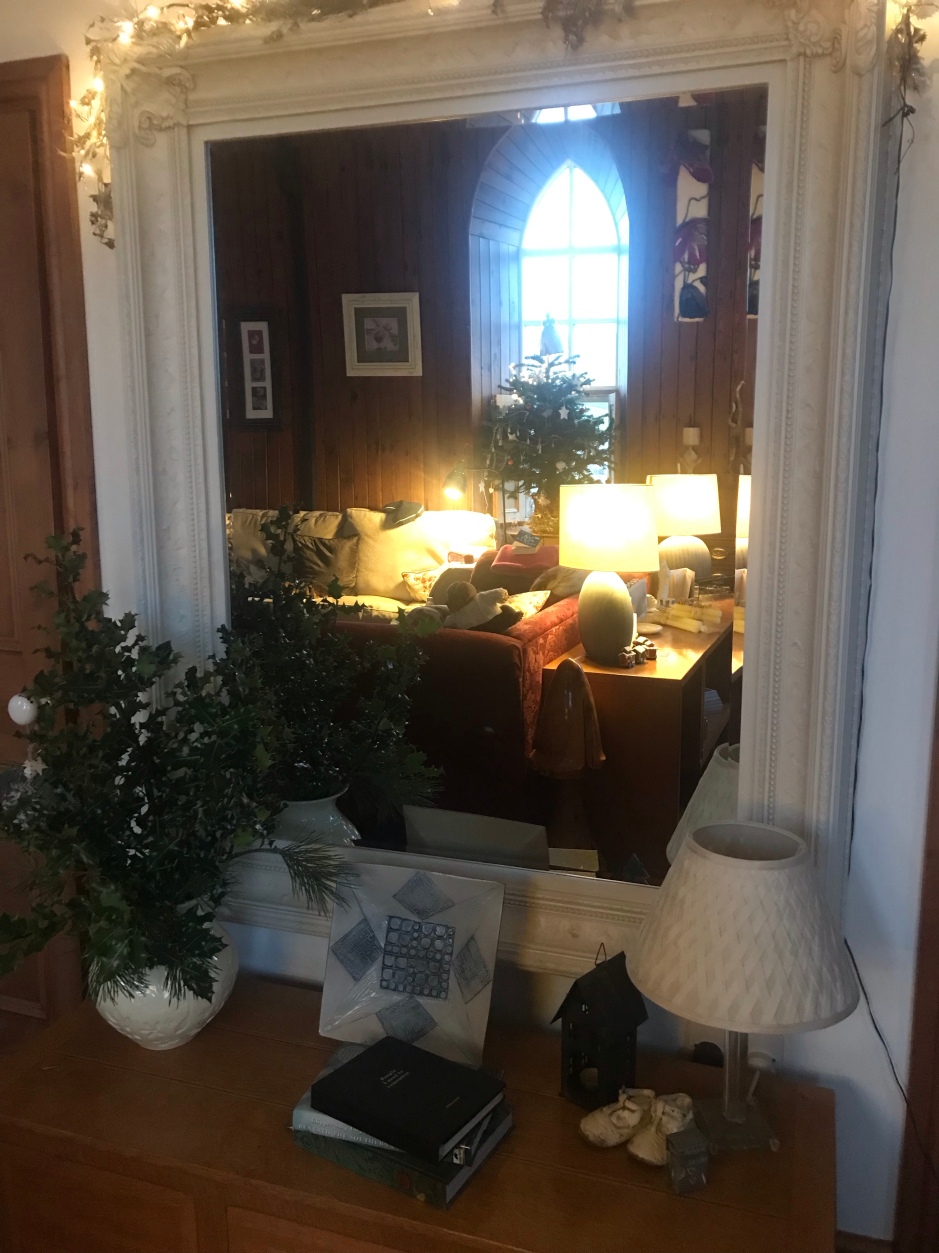 Holly and ivy are two evergreen plants that are closely associated with the festivities. … Holly, ivy and other greenery were also used during winter solstice celebrations to ward off evil spirits and celebrate new growth. In pagan times, holly was thought to be the male plant and ivy the female

Holly has also been thought to protect the home – the holly you put around the door acting as flypaper for fairies, and trapping evil spirits who try to enter.

Holly and Ivy are often linked together at Christmas; this goes back much further, to the idea of the holly (male) and ivy (female)

Ivy, like holly, is an important evergreen edible plant species in UK woodland. One of only five woody climbers, like mistletoe it can form dense growths in canopies that can cause harm to the host. As with mistletoe it is linked with both Christmas and romance. Ivy is unusual among these species in being associated with death as well as rebirth.

Once I have been out and cut the holly and brought it into the house I feel Christmas is very close indeed. This year sadly there will be no watching excited children try to fall asleep whilst holding on to the rising excitement of Santa arriving.

The holly and the ivy,
Now both are full well grown.
Of all the trees that are in the wood,
The holly bears the crown
Traditional Christmas Carol (1st verse)